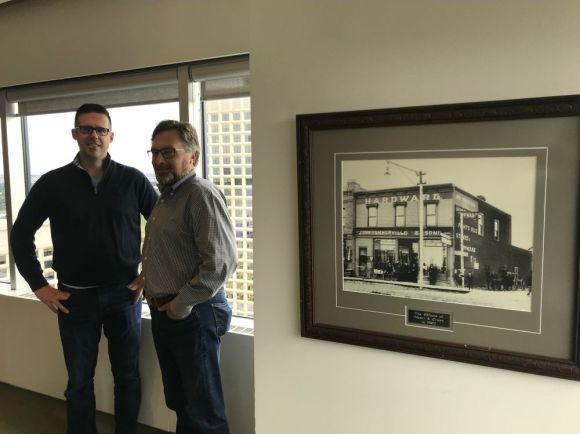 Edmonton law firm Duncan Craig LLP has been closely tied to the Edmonton community since it began, and on Saturday it’s celebrating its 125 anniversary with a nod to the lawyers and staff members that have played a key role in building the firm.

“Some of our clients we’ve had for over 100 years. We’ve grown as the city has grown. It’s hard to maintain longevity, but we’re proud of that and proud to have an opportunity to celebrate it,” said Greg Miskie, chief operating officer.

Before the Klondike Gold Rush and before Alberta joined Confederation, the firm’s founder, William Short, hung up his shingle above Cameron’s store on the corner of 100 Street and Jasper Avenue.  Since those early days, Edmonton has grown from a town of just a couple thousand people to nearly one million, and the firm, while it has moved buildings several times, hasn’t left the same one-block radius of downtown real estate. The firm now counts 40 lawyers and 57 support staff.

The firm’s political and judicial ties in the community also stretch way back. Short became the City of Edmonton’s first mayor when the town of Edmonton incorporated in 1904. He partnered with Charles Cross, who was elected as Edmonton’s MLA to the first Alberta legislature of Edmonton in 1905. Cross also became the first attorney general of the province.

The Duncan Craig lobby is decorated with photos of notable judges and lawyers who practiced at the firm. Edmonton-Strathcona MP Linda Duncan’s father D’Arcy Duncan and his father, A. Frazer Duncan, both practised law at the firm.

Getting through various boom and bust cycles forced the firm, like others in the province, to be resilient, Miskie said. “It seems to be a value that’s important in our city.”

Today, members of the firm contribute to the community through charitable events, serving on boards, volunteering and pro bono work, including annual grant support through the Laurel Awards, and through the Duncan Craig LLP Community Fund, run through the Edmonton Community Foundation.

“The needs of our clients are shifting, the realities of the city and provincial economies are shifting, but what comes through is that relationships matter, and contributions to your community matter. We’re in the business of relationships,” said Miskie.